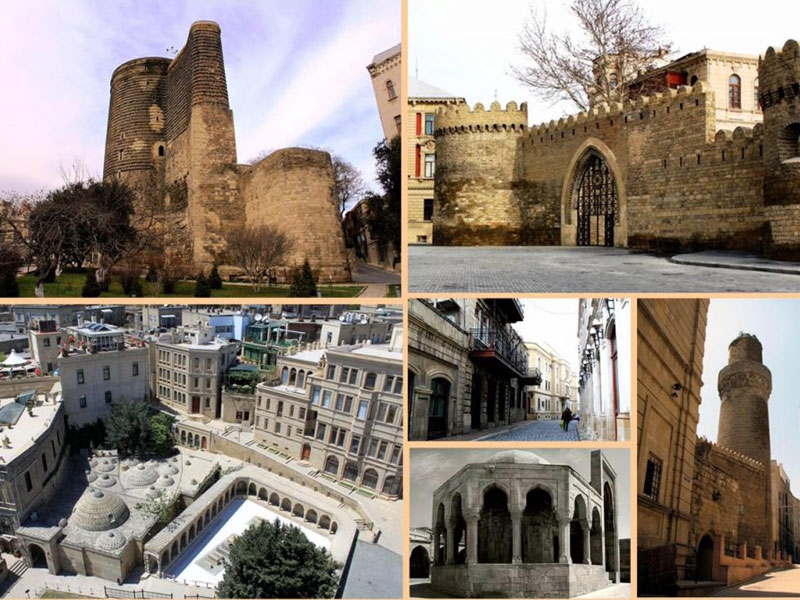 Old City – Understanding the development of medieval Icheri Sheher and urban life in Baku is key to understanding the current economic, material and moral culture of present day Azerbaijan.

Bathhouses – According to their architectural design, the lower half of the hamam was underground to ensure that the building was warm in winter and cool in summer

Khanegahs – places where the Sufis lived and worked. Khanegahs as a rule were located on the commercial caravan routes

Shirvanshah’s Palace – XIIth -XVth century AD is the last residence of the rulers of the Shirvan state whose dynasty lasted thousands of years. After the earthquake that shook Shamahy in 1191, the Shirvanshahs’ capital was transferred to Baku and the Shirvanshahs’ Palace Complex was built.

The Mugham (Eastern Music) Theatre – XVth century AD is a two-floored caravanserai (guest house). The caravanserai has two entrances and a closed octagonal courtyard. 20 cells (rooms) are on the first floor and 22 are on the second floor around the perimeter of the octagonal yard.

Fountain Square – The most famous street of Baku

National History Museum – it was called “The educational museum of native land – Istiglal (Independence)” in honors of the above-mentioned museum.